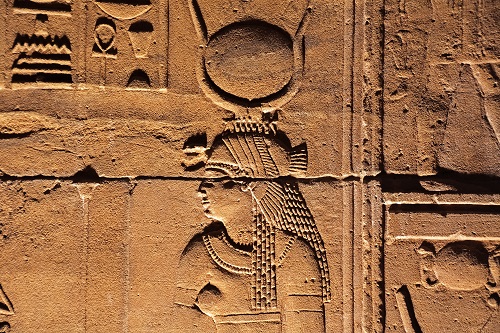 The Full Moon on Feb 16th is at 27 degrees of Leo. This Full Moon is asking us to bring to culmination an area of our lives calling for leadership. As always the moon is opposite the sun at the full moon.

With the moon is asteroid Requiem and trans-pluto Isis. Requiem represents loss and death Isis is known as the goddess of death, healing and rebirth. These two with the moon illuminate the cycle of life. Requiem helps us focus on the loss part of Isis’ cycle. What are we mourning? What remains? In honouring loss, we create fertile ground for the next cycle.

Damocles is with the sun opposite the moon. Damocles conjunct the sun speaks of assuming power that we may not be ready for. The story is that Damocles thinking he could do better than the king, takes over, but once sitting on the throne, he discovers a sword hovering over his head. Damocles finds himself in a dangerous situation and it’s more than he bargained for. Damocles with the sun opposite the moon warns us that we can quickly get out of our depth.

Imagine Queen Elizabeth’s coronation to the crown as a girl. The situation was brought on by the abdication of her uncle to the crown and the loss of her father. Called to leadership, facing loss, looking forward to something new and completely out of her depth! That is the energy of this full moon.

All of this energy with the full moon is squaring the nodes at 27 degrees Taurus and Scorpio. The nodes bring in an element of Karma and destiny. The north node is calling us towards a grounded, value-driven approach. It calls on us to take our time and to be guided by the elementals. It asks us to commune with the trees, to pause and smell the roses as we contemplate our approach. As we take this approach to leadership, we are guided by love. The north node in Taurus is ruled by Venus and Venus is love!

At the south node is Scorpio ruled by Mars. Scorpio is a fight, maybe a nasty one, and to the bitter end. With Mars ruling the south node, we are asked to stay out of war and leave behind drama and entanglements.

There is another aspect that brings Karma. Mars the masculine planet and Venus the feminine planet are conjunct, exactly, in the karmic sign of Capricorn. How do these two planets get along when they come together? As these masculine and feminine energies come together, do they make love or war? Are they co-dependent or interdependent? Are they coming from a patriarchal masculine and feminine? Or is the masculine and feminine renaissance? Because they are in Capricorn, anything that comes our way will shine a light on how evolved we are. Remember the words “Oh what a web we weave”. Stay out of entanglements even if they are tempting. Stay centered in your heart. With the Full Moon squaring the nodes and the rulers of those nodes being Venus and Mars, we are at a crossroads. But we get an opportunity at this full moon to “do it right”.