The New Moon on November 23rd is at 1 degree of Sagittarius. 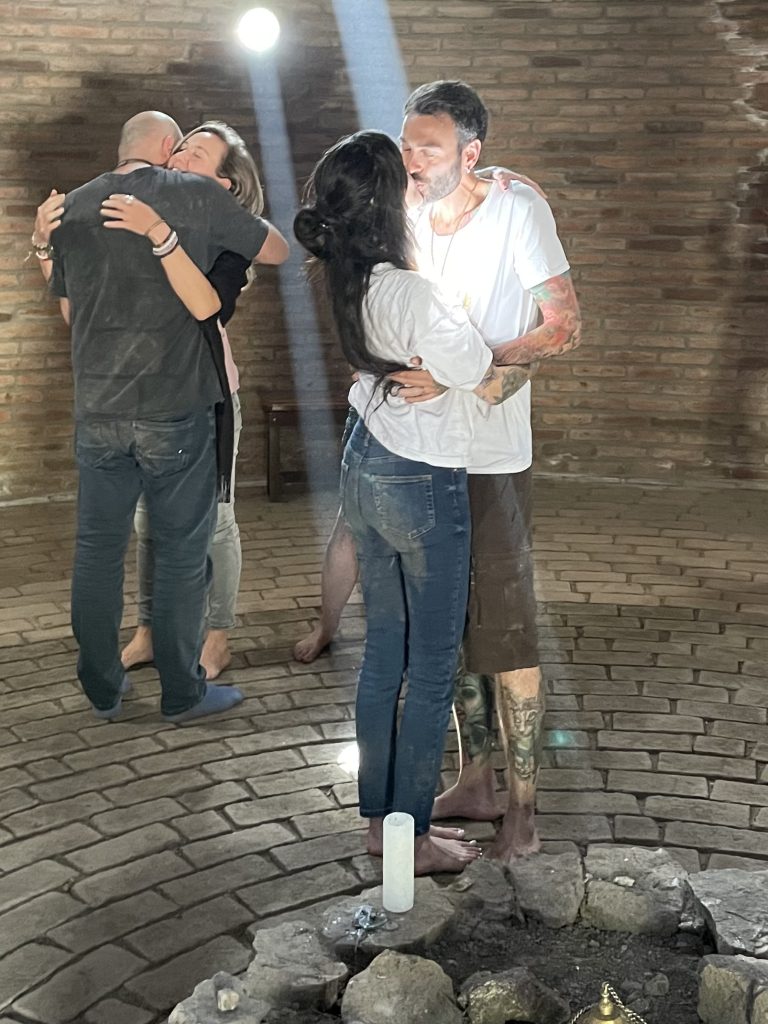 Sagittarius is the sign of the seeker of the truth through books, religion, travel, higher learning and the courts.

The ruler of the new moon is Jupiter, which is now stationary in Pisces and about to go direct. When a planet is stationary, it has a lot more power! It’s as if the gas and the breaks are being pressed at the same time and the planet is revving. This gives it a great deal of power. In addition, the planet Jupiter brings expansion. The truth via all the various means is experiencing a push, a pull and a growth…. something has got to give!

With Jupiter about to go direct and to change signs within weeks, there may be more uncovered, revealed or understood in terms of our soul’s path. It’s going over old ground to determine what is worth carrying forward.

Hera is conjunct with this New Moon. Hera is the Greek version of Juno (a Roman goddess) and Isis (Egyptian). Astrologically, Hera represents marriage and childbirth. Hera’s husband was never faithful and so she also represents jealousy and score-keeping and an unfaithful spouse. This asteroid brings up the ideas of fairness and equality in relationships. In Sagittarius she has us focused on the truth and even the spiritual meaning of relationships and marriage.

Also, there is a Venus-Mercury conjunction within 10 degrees of the new moon, also in Sagittarius. These two bring us into communication to lovingly discuss and listen to new ideas and concepts with the purpose of searching for the “truth”

The Sabian symbol for the new moon is “The ocean covered with whitecaps”. This symbol speaks to the interplay between the waters and the winds. In general, the moon has an effect on the tides of the ocean, making the water swell or recede. The gravitational pull, the waters of emotion and the spirit of the wind combine at this new moon, rousing a deep stirring of the soul, a swelling of emotion and a call to bring all of it into balance. 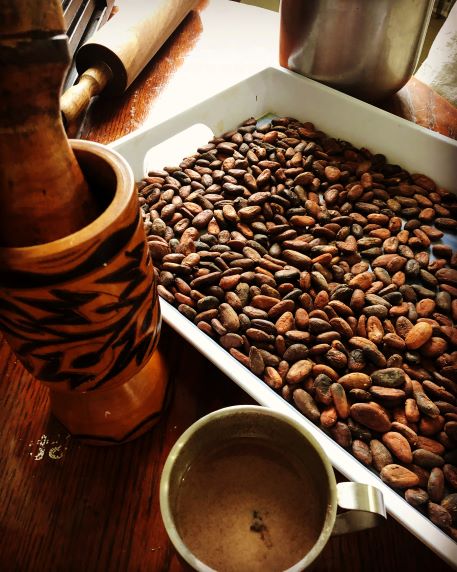 The New moon solar eclipse on October 25th is at 2 degrees of Scorpio.

Scorpio is deep emotion, intimacy and trust. In fact, trust is the foundation. If we have issues with trust we may use various forms of power to protect… Scorpio is magic, money, and sex – each with its own form of power for good or for ill. Scorpio is creation and destruction, birth and death.

At a solar eclipse, the moon moves in front of the sun, blocking out its light. When the light returns, see things we didn’t see before. The light is shone on already existing events and we see them in a new light. This causes sudden events that seem to come out of nowhere.

The new moon is closely conjunct with Venus, which is also at 2 degrees of Scorpio. Though the Sun is blocking Venus and she is in the underworld, she is cazimi (the meaning is “as if in the heart) giving her a tremendous amount of strength. When the moon blocks them both out, it’s as if they both stop, then return with a jolt! Venus and the Sun have had an NDE (Near Death Experience) reemerging to share how they have finally understood oneness and love and have no fear of death… they have seen infinity and the source and have a deeper spiritual purpose. In this process, we see the deeper meaning of our values, the deeper meaning of sex, and the deeper meaning of magic… we emerge with a deeper respect for power and its use, money and its use and see deeper into where we have trust issues – whom we can trust? How do we trust? We emerge with a glimpse of our shadow and the shadow of the world. We may feel an intense range of emotions, some of which are scary, but we know(or at least we should know) that avoiding them will not serve us.

The reason we know all of this is that venus conjuncted the sun exactly on October 22nd at the critical degree of 29 degrees in Libra, starting a new cycle. In her essential dignity in Libra, she brings us the cult of Isis, Xochiquetzal and all other goddesses that bring love and moving into the Scorpio eclipse energy she reveals extremes of love fertility and creation, death and destruction.

The Sabian symbol is “A house-raising party in a small village enlists the neighbours cooperation”. With this eclipse, the old foundations have collapsed and we have the opportunity to come together as a community to raise the foundations in a new way.

Use this eclipse energy to set intentions, but be careful as your intentions will be magnified tenfold.

A ceremony is always a good way to celebrate a new moon and with this one, I recommend a cocoa ceremony. Cocao is shamanic heart medicine! It increases blood flow and increases levels of serotonin, endorphins, phenylethylamine, and anandamide (an endocannabinoid), bringing you into your heart. An open heart (even if it hurts) is where you need to be at this new moon eclipse. Don’t make the mistake of just making hot chocolate which has been stripped of all its benefits. If you can’t get your hands on raw cacao beans, find some organic cacao nibs and get out your mortar and pestle. The process of making the paste and brewing the tea will invoke this heart-based plant teacher! 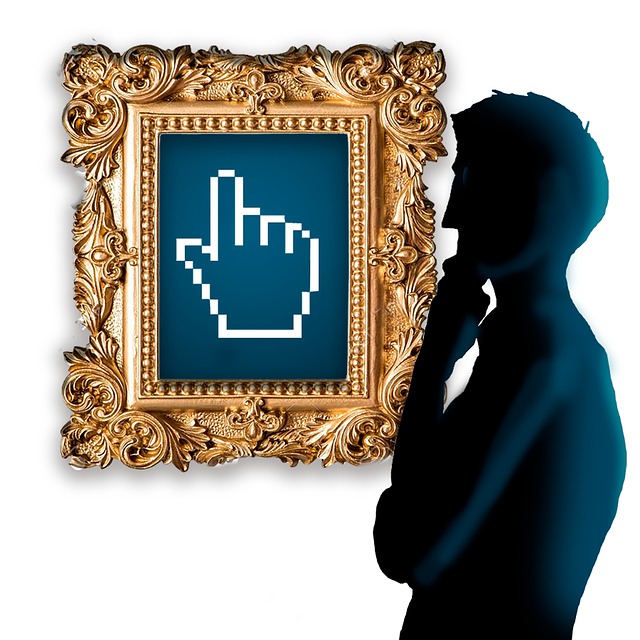 The New Moon on Sept 25th, 2022 is at 2 degrees of Libra. Libra is the sign of balance, fairness, and justice. It’s the sign of relationships and partnerships. It focuses on our values. Libra can be aggressive and prone to fight or war when things go out of balance but ultimately seeks peace. Libra is also about beauty and balance in terms of colour, style, lines and form. The new moon is a time when we can focus on issues and elements of Libra and set intentions for these areas.

The new moon is opposite Jupiter at 3 degrees of Aries. Jupiter in Aries is expanding the need for freedom, courage, self-reliance, conflict, enterprise or entrepreneurship. The energy of Jupiter opposite the new moon is asking us to use moderation in our intentions. When something is too big, or too grand too large of a goal, we can be too overwhelmed to make it happen. This aspect can make us full of hot air, unrealistic and can put us in danger of setting ourselves up to fail! Your goal shouldn’t be a multimillionaire dollar business partnership, but instead a thriving business with healthy partnerships. It should be freedom at all costs, but a freedom that is balanced with meeting your needs. War to win and be right should be countered by standing your firm in your boundaries and respecting others.

The energy is doubly tricky as Venus, the ruler of the new moon is opposite Neptune. Venus in Virgo is very picky and a perfectionist. Opposite Neptune, that picky perfectionism is coloured with self-delusion. Are we being honest with ourselves about what is realistic? Are we telling ourselves the truth? This aspect can also bring up lies, and deceptions, and we might be shown an uncomfortable truth from within ourselves or from others that surround us.

The way to handle the energy of this new moon is through communication. Mercury retrograde in Virgo encourages us to look back and focus on the details. We are encouraged to listen and assess the value of what we are hearing. There is a tendency to be lazy and believe what is presented before us, but mercury in Virgo asks us to do a little more research and review and get a little more obsessed with details. Don’t just focus on words that you are hearing. Listen to your emotions. Key into your body’s reactions. Does what you hear cause a knot in your stomach? Does it make you feel exhausted? Do you feel lit up and enlightened? This all forms important information to include in your research and review. Make checklists, and use weighted decision-making tools. Also, taking score in relationships isn’t always advised, but on this new moon, it will help you to see the truth.

The Sabian symbol for the new moon is “The dawn of a new day, everything changed”. This suggests that we are now in new territory and nothing is what we expect. Everything is changed. To some extent, the new moon is suggesting that we need to face this reality. We are no longer painting on canvas, but with non-fungible tokens. How we were successful in the past may not be the case in the new and changed reality. The new day asks us to take stock of the new landscape and assess the new values, the new rules of engagement, the reality of any new relational and even monetary agreements, and to respect new design and form.

The only asteroid closely associated with this new moon is Rhiphonos. Rhiphonos represents the need to throw off, throw out, throw away, throw at, on, or in. This suggests the need to do something to jump-start the achievement of our goal(s). What’s needed is an energetic spark of force one way or another. Maybe you need to throw something out, and that causes you to work towards getting another. Or you metaphysically throw spaghetti at the wall to see what sticks… helping you to know which path to pursue. The point is, don’t get stuck in fantasy and possibility. Start making it happen, even if it looks messy and feels uncomfortable! Throwing things intentionally out of balance will help us to move towards finding an even better and more satisfying new balance.