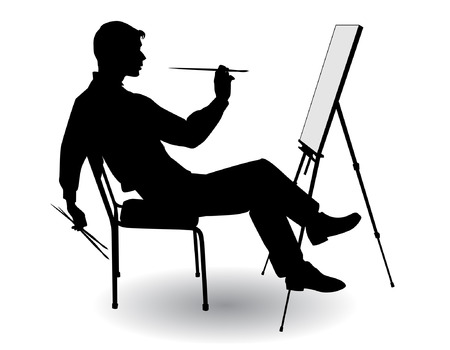 What to expect: The outside to match the inside
What to watch out for: Ignoring our power
What will it affect? Communication

This week on May 3rd Mercury goes direct. It’s at 24/25 degrees of Aries. The Sabian symbol for the degree is “a double promise holds inner and outer meaning.” When I think of the meaning of this degree in Aries, I think of the job of Aries; to define “who am I.” Aries focuses on self, seemingly selfish, but with the aim of knowing who he or she is. If you don’t stand for something, you fall for everything. Once there is a definition in place of “who am I,” then you understand what your boundaries are, your deal breakers, what you are willing and not willing to do. Once this is clearly defined in a promise to yourself; a promise that goes something like “I promise to treat you always like you matter”, then the promise’s double meaning becomes apparent. The inner meaning allows for the outer meaning. I know myself, and now I can know you. I love myself, and now I can love you. I respect myself, and now I can respect you. You matter to me, and now others can matter to me too!

While Mercury was retrograde, it covered a lot of ground. Mercury always affects communication and all things related to communication such as phones, computers, text messages, and emails. It also affects travel and all things related to travel such as cars, planes, and trains. Some cool things happened. Some crappy things happened. The solar flare CME that scientist was sure was going to miss earth, hit. The cool thing was we had beautiful Auroras (Northern Lights) reaching pretty far south. Solar Flares, which cause the geomagnetic storms and the Auroras are also said to help us access higher consciousness and grow spiritually. The crappy thing was that it knocked out power grids in L.A., New York, and other major cities. Pepsi released a faux pas commercial which required some damage control. United Airlines was also majorly under “fire” for their legging dress code and for dragging passenger off their plane. The “problem” is that we as consumers don’t miss much, thanks to smartphones and social media. We have quicker responses, louder voices, and stronger market influence than ever before. So as Mercury turns on its heels and goes direct, and as we access inner clarity about who we are and what we stand for, we define the marketplace and realize our power to do so.

The Dark Side of Optimism

What to expect: Optimism
What to watch out for: Minimizing
What will it affect? Wounds, beliefs, communication

Saturn is still in close connection with Chiron, and some pain may still be coming to the surface to be healed. One thing to realize is that often when pain comes to the surface to be healed, it’s because we are in a stronger position to be able to handle it. The problem this week is that Mars will be in Gemini and opposite Lilith in Sagittarius. Lilith in Sagittarius has a dark side around optimism. She sometimes fails to see when things could go wrong, or her “you’re strong, you can do it” attitude can put too much pressure on others beyond what is realistic or comfortable. Mars opposite Lilith this week will aggravate that tendency even more. Mars in Gemini might have a lot to say, but he doesn’t care to go too deep. In combination with some of the pain that might be emerging this week, we could easily go into sympathy versus and empathy frame of mind. Check out Brene Brown’s video to understand the difference.

On the bright side, on May 3rd the Sun in an excellent flowing energy connection with Neptune which creates a beautiful day for imagination and creativity. Use this energy to help you to keep in contact with any heavy feelings and to work through them use writing, art, poetry, music or paint as a medium to access your emotions.