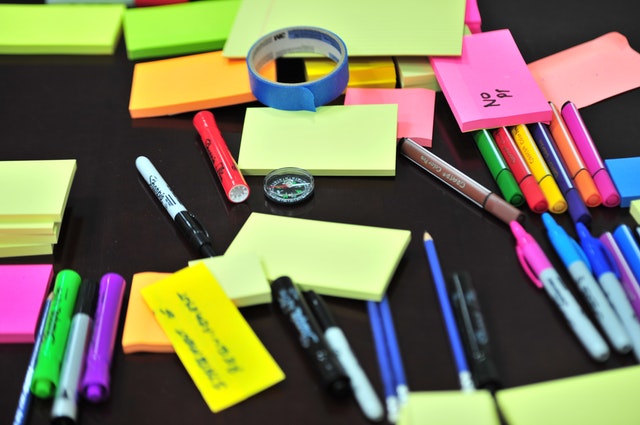 What to expect: Visionary ideas and inventions
What to watch out for: Not capturing the ideas
What will it affect?  Ideas, ideologies, humanity,

The New Moon is on Feb 4th in Aquarius. It’s an optimistic New Moon filled with exceptional potential. This is because it’s conjunct Mercury also in Aquarius and sextile Jupiter, currently in Sagittarius. Aquarius is inventive and forward thinking. It’s liberating and humanitarian. It’s futuristic, and often before it’s time. Making a conjunction to Mercury the planet associated with the mind, communication and with thought processes not only increases the likelihood of breakthroughs and inventions but it is also evolutionary leaps. Jupiter is the planet of optimism, expansion and in the sign of Sagittarius it’s home it expands those characteristics. As it makes a sextile to the New Moon and Mercury it makes us fast-paced, sharp and is likely to make is a little frayed and frantic. You’re gonna want a pen, a piece of paper or several sticky notes and a note taker. Don’t let the flashes of insight come only to lose them. The pace will be fast. WRITE THEM DOWN!

New Moons are always great times for setting new intentions and you’ll want to take advantage of this one! Pull together a think tank, mastermind group, study group or team of experts and channel the energy into intentions for the next step. This is the dawning of the Age of Aquarius… But what does that mean? The truth is that it doesn’t really matter. You have the ability to create it! What kind of world do you want? Now is a powerful time to set intentions for the manifestation of that world. Venus is also sextile Vesta now in Pisces lending us a compassionate vision for mankind.

What to expect: Getting things done
What to watch out for: Rebellion

What will it affect? Actions, communication, direction, social change

On Feb 7 Mercury will sextile Mars. Mercury is still in Aquarius and Mars in Aries. Mars gives us tremendous drive and in Aries, is happy to push into unknown territory. This works well with Mercury in Aquarius, filled with innovative ideas and revolutionary ideologies. The push forward towards our new ideas will be immense. The good news is that this also makes us energetic and decisive. If you need to get things done and work towards progress now is the time. Mercury is also squaring the North Node which helps us to break with anything or anybody that may be holding us back. This includes those who we have through to hold authority over us. In fact, this may feel like a rebellion to many! Pallas, the asteroid responsible for feminine strategy is in Libra. She’s being opposed by Uranus which again brings in surprising splits and rebellious actions. Pallas in Libra likes fairness. If pushed too far she fights to regain balance. Expect to see strikes, walkouts, organized marches and the like.

What to expect: Breakthroughs
What to watch out for: Resistance
What will it affect? Social change, the big picture, relationships, partnership wounds

On Feb 9th Mercury enters into the last degrees of Aquarius. Mercury is sextile Uranus in Aries also at the last degree. Uranus is about to leave Aries for good but definitely has some last words. Mercury helps to get Uranus’s message across. Once Mercury moves into Pisces things may get hard to grasp or even explain so pay attention for crystal clear messages now. This is truly the last chance for laser-sharp clarity understands of what Uranus has been trying to tell us for years. Mercury also makes a trine Pallas. Pallas is able to help us see strategy and patterns and together they help us see and clearly envision the big picture. It’ll be hard not to get the message!

On the downside, Mercury will square Juno. Juno is in Taurus and is mostly concerned with feeling safe and secure. If the ideas that emerge challenge those values in any way, expect to hear and see resistance in our relationships. Chiron is also sextile Juno, so these ideas may lead to an opportunity for healing some long-held wounds in our partnerships.