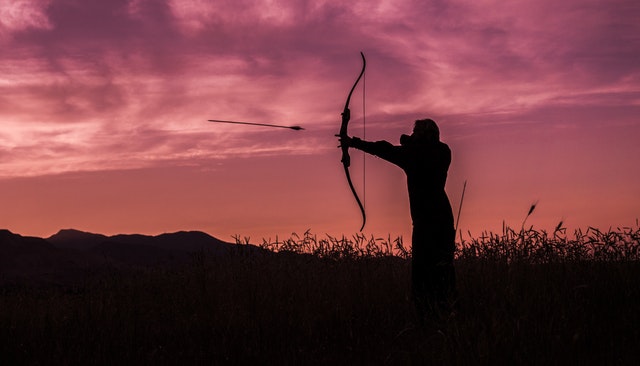 What to expect: Intensity
What to watch out for: focusing on the tension
What will it affect? Collective wounds, social injustices, relationships

The week starts with some gnarly energy. It has an opportunity it in, so don’t be dismayed. Chiron is at the last degree of Pisces getting ready to go into Aries. While Chiron has been in Pisces, we have come face-to-face with our collective wounds. At times we wondered if something went wrong. Did we collectively turn the channel? Did we all unconsciously decide to switch timelines? Things have happened in our world that has collectively thrown us all for a loop. As Chiron gets ready to move to Aries, the intensity of the collective wounds that Chiron has been having us examine intensifies. This week what do we collectively need to face?

To answer that question, I first need to give you a lesson on boomerang Yod. A Yod, also called ‘The Finger of God’ happens when two planets are sextile and those two planets make an inconjunct (150-degree angle) to another planet. In the case this week a Yod is formed when Chiron and Juno are sextile and making an inconjunct to Pallas. A boomerang Yod is when a planet sit’s at the midpoint between those two sextile planets and opposite the planet, they are making an inconjunct to. In this case, there are two planets. Uranus and Mars!

I know… that’s a lot of info, so to help you grasp this, imagine a bow and arrow. The bow is the two sextile planets. The arrow is in the middle of the bow, pointed out. Normally you would be able to pull back on the arrow and it would send it flying out into the world. It might not go straight. It may hit its target, or it may not. As you stand there getting ready to shoot your arrow you feel the tension between Chiron (the one side of the bow) and Pallas (the arrow). Chiron in Pisces deeply bringing up our collective wound and Pallas is in Libra which has been keenly aware of the patterns in our social conditions that are contributing to it. You also feel the uncomfortable energy between Juno in Taurus (who is sitting at the other side of the bow) who doesn’t want to rock the boat because she likes security and predictability and again Pallas (that same arrow) that shoots her a look that says “get a grip, our society is falling apart”. Your bow (consisting of Chiron and Juno) are able to work together to heal. Chiron brings up all of our unconscious crap and Juno says “give me a hug”. The problem is your arrow (Pallas) doesn’t really care what the bow is saying. A hug may feel good, but it doesn’t address the social issue of how are we all going to get along? So you stand there like Robin Hood, bow in hand and prepared for release. You know with all this tension that if you release the arrow it may not hit its target. But now you have a helper. Right there in the middle of that bow, you have a planet (actually two). It’s a planet that helps you to have focus, aim, and the potential for mastery. It’s a planet that changes you from a regular ‘guy’ with a bow and arrow into an Archer. In comes Uranus and Mars in the last degree of Aries! They are both right there in the middle of our bow. They are our helpers!

Uranus has been in Aries for a while. It has been the reawakening identity politics… race, sex, national boundary…. what defines us? What makes us who we are? How are we advantaged or disadvantaged by who we are? Uranus has brought it up and challenged us to transform those ideas of identity. It’s not been easy. Its lead to Arab springs and occupy movements. It’s brought forward Black Lives Matter and many many other similar movements based on identity. But have we come up with an answer? Have we healed the issue?

There is an opportunity to use this energy for a deep and everlasting breakthrough and it happens between Feb 11th and 12th when Uranus and Mars are exactly conjunct. Use these days to focus less on the discomfort and tension (stay away from blame or endless focus on the problem) and more on what we need to transform in our identities to make social situations ascend or in arrow terms – soar and hit their target!

The Power of Thoughts

What to expect: Thin boundaries
What to watch out for: Taking on others crap
What will it affect? Communication, nurturance needs, causes that involve helping

On Feb 12 – 13th Mercury will conjunct Vesta in Pisces. This puts us deeply in connection with our intuitions and causes us to feel passionate about helping. We can merge with the collective wounds and lose ourselves to a cause that is greater than us.  However, If you are Empathic, this energy may be difficult. You can feel the weight of the world, the heartache of the person sitting next to you, the confusion of thoughts floating through the air and get lost. It’s now important to have tools to help you identify what is yours and what is another’s. Empath’s are important people. They are needed to save and heal our world. But the Empaths has to first learn how to nurture and take care of and to keep themselves safe. Have you learned how to stay grounded while throwing out the lifesaver for help? Or do you jump into the ocean of feels only to be pulled under by the current?

Added to the problem is Vesta squaring Ceres which can make us feel alone and isolated. Like the latchkey child of the ’70s sitting at home by themselves making cheese with cornflakes sandwich on white bread to comfort themselves until Mom gets home from work, it can make us feel a deep well of loneliness. Mercury is also square Ceres which creates a lonely internal dialogue with your inner child. I’m not safe, I’m not loved, no-one cares. The second tool that you will need now is how to take care of and nurture your own inner child. Thoughts are powerful. If you’re feeling challenged with this one, watch the documentary HEAL for some inspiration and tips.

What to expect: Creative thinking
What to watch out for: Fearing change
What will it affect? Relationships, money, security

On Feb 17th the Sun will sextile Uranus. The Sun still in Aquarius, the sign that likes change and innovation works well with Uranus to implement any new directions that you now feel moved to work towards. On the same day, Venus is also sextile Neptune allowing us to be visionary. Venus is in Capricorn and is slow and methodical in her approach to money and relationships, but in a sextile to Neptune in Pisces she able to be visionary in practical ways. What needs to change? What are the grounded and steady steps we need to take to make it happen?

Mars entered into Taurus on Feb 14th and Uranus will follow soon. Revolution on the things we feel security and stability around is on its way. Change is never comfortable. But what visionary steps can we take to bring in the revolutionary energy in, in the way we desire?