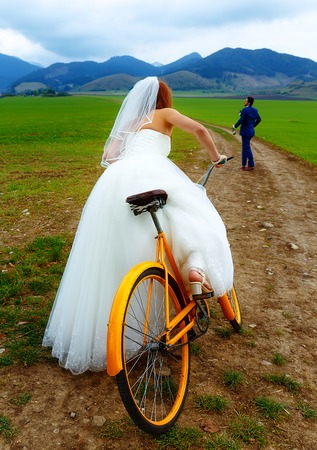 What to expect: Making sense of things
What to watch out for: Faith and trust issues
What will it affect? Relationships, Spirituality, Family

Early this week, we are still on the heels of a solar eclipse in Pisces. By March 1st our logic will come into alignment with our emotions, spirit and greater purpose as the Sun and Neptune come together in a conjunction. At the same time, our emotions will come into alignment with logic as the Moon meets up with Uranus, Mars and Jupiter on the same day. It’s a couple of days after the eclipse and we now have the information the eclipse sought to bring. If you feel like acting quickly, now is a great time as we are following our intuition with a connected head and heart and that makes our intuition laser beam on point. The best decisions are always made when head AND heart are connected.

On March 1st mercury, the communication planet will also have conversations with Juno, the marriage and partnership asteroid now in Capricorn and Ceres now in Taurus. It’s a conversation that goes a little bit like this:

Mercury – I sense that there is something that needs to be shared in order for your needs to be met and to be held in this partnership.

Ceres – Yes, I feel loved and cared for when I am nurture with healthy food, when I have a stable existence and when I get lots of cuddles.

Juno – I can work with that, but I have a fence around my heart and the only way to tear down that wall is for us to respect, I mean truly respect each other and to be committed to this partnership… long term.

Mercury – I love this conversation! And you don’t even need to speak; I’ll help you communicate your needs and feelings, on a psychic intuitive level. I’ll make sure you both get it, without even needing to use words!… great conversation guys!

On the same day as all this great psychic communication is going on, Pallas is also in Pisces connecting with Vesta and helping to merge our healthy partnerships with a larger universal purpose.

What to expect: A need to react
What to watch out for: Ignoring help
What will it affect? Relationships, Communication, Spirituality

On March 2nd Jupiter will come into exact opposition with Uranus. This energy has been at play for the last week or so, and now its energy is perfected. It’s a throw the baby out with the bath water type of energy. It a great idea to beam out and connect with our greater source now. Whether that’s God, Angels, Guides or whatever you believe in, you can tap into a guidance system to help you navigate this impatient energy. Mercury is moving into a conjunction with Neptune and will create an uninterrupted divinely perfect line to your guidance system.

What to expect: Tested values, relationship issues
What to watch out for: Aggressiveness
What will it affect? Relationships, money, self concept

On March 4th Venus goes retrograde. It will retrograde until April 15th. It starts its retrograde at 13 degree of Aries. Aries is the first sign of the zodiac. Its associate with “I am”, meaning it focuses on who we are as individuals. Aries is a sign that seeks independence. It pioneers and frontiers, seeking meaning in sovereignty. But how do we incorporate this energy into relationship? Perhaps the meaning in the Sabian symbols for each degree of the zodiac can help us understand.

Technically, as we move over the 13th degree mark, we are moving into the energy of the 14th degree of the zodiac. If we look at the Sabian symbol for that degree we get “a serpent coiling near a man and a woman”. The meaning of this degree is about the acceptance of relationship as a higher spiritual purpose. We remain independent but are brought together through a weaving union that expands the energy and draws it to heaven. To get there we need to know and love ourselves and this is fundamentally an Aries prerogative.

But Venus in Aries is notoriously the chaser. This chasing energy is not the Venus way. Venus attracts. And when she is in her element she does so without needing to lift a finger – she is magnetic. Venus in Aries is impatient and aggressively pursues relationship, forgetting that what makes her attract and ultimately able to accept relationship, is knowing and loving herself. When she fully knows who “I am” is she is magnetic. But until she does, she is in a constant state of the ‘fear of merging’ even though on the surface it looks the opposite. She is the consummate commitment phobe who vehemently denies it by saying “I’m out there all the time, dating and trying”. BUT the truth is Venus never tries.

As Venus retrogrades in Aries, this is a time to focus on finding what we value in ourselves and to fully love and embrace it.

You may ask “but where do I direct all my Aries drive to “do”? Well Venus is in Aries, the sign ruled by mars and to some extent, some of that energy can and will get channeled into Mars, currently at home in Aries. Fortunately Mars will make a trine to Saturn on March 5th and if we tap into it, it provides a steady concentrated focus. If we need to “resist” or to have discipline, this energy will help us. Find something you love, something that is quintessentially you and put your energy into on March 5th. Is that writing? Or painting? Is it climbing a mountain? Or is it something you think you will like and have never tried? Whatever it is, you’ll get a lot accomplished and it’s a way better use of the energy.