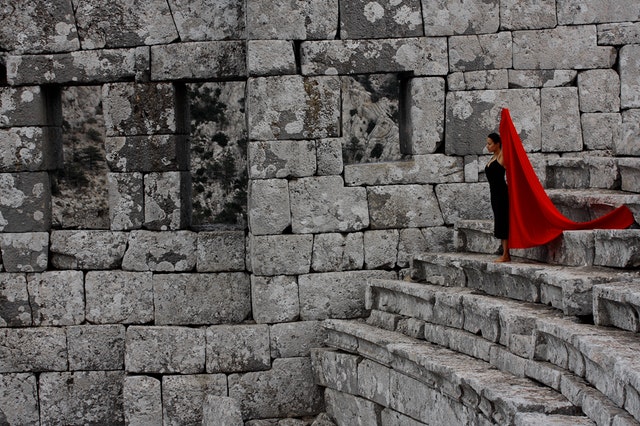 What to expect: Spot on Intuition
What to watch out for: Feelings of insecurity
What will it affect? Money, relationships, social situations, gut reactions

There is a lot going on Monday Feb 18th, 2019! The Sun will move into Pisces in the afternoon, but before it does it will trine Pallas, at the last degree of Aquarius. This is particularly important because Pallas is sitting ‘still’ at the last degree of Libra getting ready to go retrograde. Pallas is also in an opposition to Uranus and has been all month. As it goes retrograde it will oppose Uranus again on Feb 20th , as it did on Feb 7th. If you look back at the horoscope for that week, I mentioned that there might be “strikes, walkouts, organized marches and the like”. Uranus the planet of revolution, surprise and change has been making its last upsets in Aries where we have seen marked change in all the ways we define who we are. Pallas, a faster moving goddess asteroid has been opposite Uranus for this month seeking to balance things. In Libra she helps us see the big picture and strategize for balance, fairness and relationships. We can see further development of that this week. When Pallas turns around and goes retrograde, she clashes with Uranus again and then spends some time as she moves back into Libra going over her strategy. Luckily she starts that review with the Aquarius Sun weighing in with its humanitarian and revolutionary insight. The last time Pallas and Uranus will oppose will be on Sept 11th when both will have moved on to the next sign.

The good news is that Mercury is also conjunct Neptune on the same day allowing us to be seers into the future. We should not second guess our intuition because it will be bang on. If you do find yourself ignoring your gut, I can guarantee that you will kick yourself and those familiar words “something told me not to do that… ” will flow from your mouth! Added to the fortunate energy is that the Mercury and Neptune conjunction will form a sextile to Venus and Saturn also conjunct. This is a grounding and trustworthy energy. It helps us to accurately size up all things relational and financial and do a bit of accounting in both. The only shortfall is that Venus in Capricorn and conjunct Saturn is a little insecure. Do whatever you can to build your self-esteem because it’s the only thing that will stop you from trusting your spot-on intuition.

It’s also important to act on your intuition right away. If you wait, by the 22nd mercury will square Jupiter making your judgment and decision making slightly off.

What to expect: Accepting our Majesty
What to watch out for: Perfectionism
What will it affect? Emotions, wounds related to self

On Feb 19th the Full Moon will occur at O degrees Virgo. This Full moon will make a tense aspect to Chiron who has finally landed and is enjoying its first full day in Aries. But a Full Moon by its oppositional nature already has its measure of tension. This one, a Virgo moon, is structured, orderly and perfectionist. Opposite to it is the Sun in Pisces which is dreamy, has thin boundaries and is unpredictable. Integrating these two energies is challenging. Luckily they have some help from Pallas who is sextile the Moon and trine the Sun. Pallas is still a bit intense because of her retrograde energy, but in Libra, she is all about being the mediator! She says to Virgo “ you have something in common with Pisces, you both givers and like to take care of people!” She says to Pisces “you can help Virgo, you are both emotional, but Virgo is a little less comfortable accepting hers”.

Ultimately this helps with the tense energy that Chiron brings. Chiron now in Aries where it will stay till 2027, will take us on a journey of past wounding and injuries related to who we are. Be yourself is the goal, but as we step into “you do you” the wounds of how comfortable we are with ourselves comes up. The Virgo moon says I don’t know if I can accept just ‘doing me’… I’m not perfect. What Virgo doesn’t realize is that the old regal star Regulus moved into Virgo a couple of years ago, and has been sitting at this initial degree of Virgo bringing with it rank and status. Regulus in Virgo reminds me of an old friend of mine. She was the daughter of King in one of the African nations, sent to school in North America where we became friends. She would always say “I am my father’s daughter”. Though it was “who she was” she was never comfortable saying she was a Princess. This full moon, like my friend, we must face the difficult feelings we have with who we are and with our own majesty!

New Directions in Love and Money

What to expect: Pushiness
What to watch out for: Not standing your ground
What will it affect? Relationship, money, communication

Between Feb 22nd and Feb 24th the focus shifts to relationships and money. Venus will conjunct Pluto creating power imbalances. This is further exaggerated because they are both in Capricorn. Venus feels insecure in Capricorn, while Pluto there is busy transforming governments and old and status quo structures. Venus is also related to money, so this week we can see some structurally and transformative moves with regards to money. Lot has happened already in the world of currency and banking. This is likely to be another change.

We may also see this personally in our business or personal relationships. Don’t let insecurity’s and a pushy person pull you in a direction you don’t like!

Mercury will sextile Pluto helping to get to the bottom of things. Our investigative skills are top notch at the time. Though someone may be trying to manipulate or pull power plays we will be able to read between the lines. Additionally the energy helps us to say things we need to say in a very powerful way. Mercury in Pisces adds to it by giving us a hypnotic voice! Kulning draws cows, sirens lure sailors…. you don’t have to push to convince. Sometimes all you need is a magnetic and spell bounding voice!

By Feb 24th Venus will oppose the North Node sending us on a new path. Not everyone is up for the adventure, but those who are with us will come along.