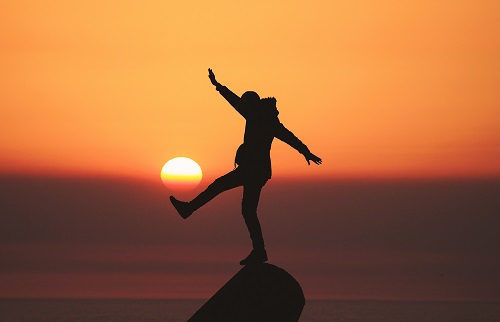 The Full Moon on April 16 is at 26 degrees of Libra. This full moon brings to culmination issues in the area of relationships, justice, issues of balance, or imbalance. Libra is also associated with war, particularly when things get out of balance – it seeks to re-balance, and that sometimes happens through fighting.

The Sabian symbol for the full moon degree is “An airplane hovering overhead”. There are many things that come to mind when we see a plane overhead. Where are the people going? Vacation? We do this when the stresses of life get to us and we are seeking balance. Or is it a plane seeking to throw us out of balance… Is it a fighter jet? The jet overhead seeking to have an advantage in a war situation? Or a jet as a conspiracy theorist would suggest leaking chem tails threatening to bring imbalance in other ways?

The Moon is also squaring Pluto in Capricorn. Pluto has been in Capricorn for quite a number of years but is now headed towards the end of its time there. In the final degrees, Pluto will add the final details to the transformation of all forms of structures. On the world stage, government and old corporate institutions. In our personal lives, the structures of our relationships. And, since the new moon is squaring Pluto this brings up boundaries issues; land boundaries, personal boundaries, governmental boundaries, and perhaps overreach.

The moon is also conjunct to the asteroid Elatus, which brings two possibilities. The first is eloquent talk or speech with the purpose and ability of deceiving, and the second is all about dodging a bullet. In mythology, Elatus was shot with a poisonous arrow and died. The poisonous arrow also passes through him and hits Chiron in the knee, wounding him, but not killing him.

In the first scenario, Elatus may work with the moon to present a lie to either get out or into a situation. The ruler of the moon is Venus in Pisces, which is also trine to Mercury and Uranus adding an element of beautiful, etheric, and unusual speech. A leader may lie, a lover may deceive…with Venus, Mercury, and Uranus in such a creative aspect, the deception may even come in the form of music rather than speech. Don’t forget, binaural beats, now used for health and wellness, were a tool developed by the CIA in the Gateway Program and used for government purposes.

In the second scenario, which is far more interesting and potentially bittersweet. The energy of the moon may present a situation that, though hurting, also protects Chiron from death. Chiron right now is in Aries and is suffering a wound around self-expression and freedom. On this full moon, someone may unintentionally take an arrow and poison, which may result in allowing self-expression and freedom to live. Not only live but also one day heal.

It’s not an easy full moon, but a happy full moon! Life will always throw us situations that test our balance… but it’s harder to be deceived when we seek and rely on our own internal balance.