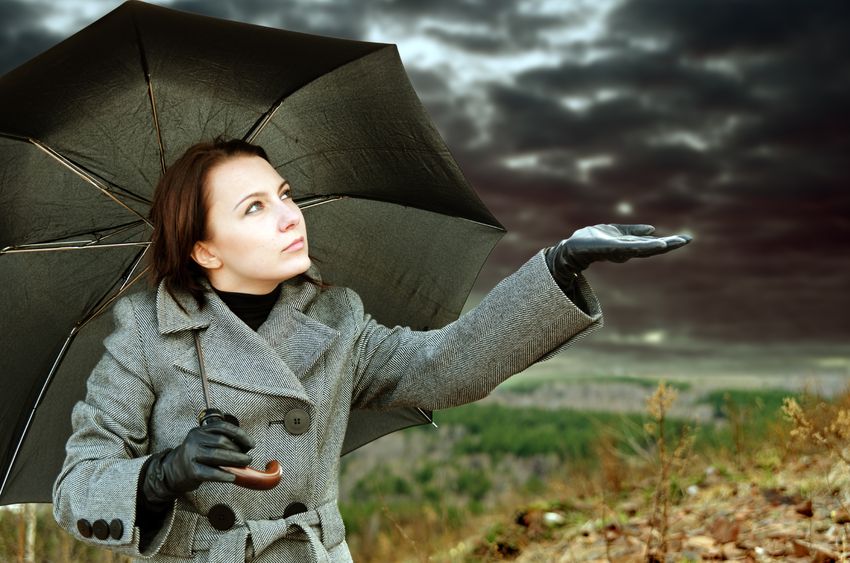 Have you ever felt exhausted listening to everyone blame Mercury retrograde, a solar eclipse, or the super-moons for everything? Does all the talk of moons and the frenzy around the planets give you angst or annoy you?

With solar and lunar eclipses coming up in March, then both Mars and Mercury retrograde in April, you may get tired of all of talk about all the difficult astrological energy coming our way. You might start to feel like reading any of this stuff will control your fate.

Well the truth is, everything depends on how you’re looking at it. Astrology has a lot to offer in terms of planning for your life and, if you are unsure of how to really view it, you may avoid it and miss out on the powerful ways in which it can be used.

So here are my 5 tips for a healthy perspective on astrology:

In 1988, there was a hurricane in Jamaica.  The weather was already picking up. I was 18 at the time and standing on the corner (as we did for hours on end) with my teenage crew. I made the comment, “It feels like there’s going to be a hurricane.” My teenage crew laughed at me. Days later it happened, but by then I had flown out, back to Canada.

I called down to get the blow by blow. As it turns out, my father had taken steps to prepare. He got a generator and some gas. He cooked some food and put it in a cooler with ice. Then he sealed up the house. When the hurricane came, terrifying as it was, he stayed near the windows, playing with the shutters, moving them in different directions to help relieve the pressure that was building in the house.

The next day he had light, food, and a roof still in tack.

This was NOT the case for most of the neighbours.

As the days went by without electricity and the proper supplies, it was not surprising that more and more neighbours made friends with him! Asking to have a shower or borrow some ice and so on.

They had not paid attention to the weather to prepare – or if they did prepare, they did not prepare well.

Now, you don’t have to follow astrology. Some people never watch the weather. But following astrology can really help you to know what’s coming and to prepare, much like watching a weather report.

An astrological forecast  let’s you know what energy is going to be at play.

Taking my weather forecast comparison further, If you knew there was going to be inclement weather, a storm or even a hurricane, what would you do? You would likely get the knowledge and skill needed to prepare and protect yourself.  How do I secure my homestead? How do I make sure I have emergency supplies? Once in the situation, how do I manage my fear? Protect myself and my family? Keep my dog safe?

Getting skills to deal with what’s coming is not within the power of astrology. It’s in your power.  But having the knowledge that something is coming gives you some idea of what you might need to do to prepare.

Your perspective on astrology is really important here. In Mesopotamian (current day Iran, Syria, and Quait) times, astrology was used to advise the King. Though the king’s advisers watched the planets and stars, the focus of decisions was made internally from free will and choice. By Greek times, astrology had become fatalistic, externalized to the gods and the Fates. Astrologists and those who followed the planets and stars believed it was out of their control.  In today’s times, we are stuck between the two beliefs.

Long story short, you need to determine how much of life you believe is within your control and how much you are a fatalist.

Back to the weather analogy…. When the weatherperson announces that there is going to be a hurricane or the possibility of bad weather, most people don’t run around hysterically wondering why. ? They don’t get all insecure and feel like mother nature is out to get them personally.  They don’t lie down in absolute terror, afraid to face their “Fate,”  The Serenity Prayer is needed here. The purpose of the Serenity Prayer is not just to help us keep our cool, but it also encourages us to think calmly about what we can control, such as how to prepare or how to move with and utilize the elements.

It’s important to realize that good and bad things will happen in life – we can’t avoid that. When we know hard times are coming, It’s also easy to expect the worst. Some people may lose property, get hurt, or even lose their dog in a hurricane. But it’s not a given and the likelihood of bad events is even less if we have prepared.

The next big hurricane in Jamaica came in 2004. When I turned on the TV here in North America, it looked bad. I mean really bad. They showed the direction of the hurricane and clips of the Prime Minister say “May God save us all.” It was grim.

Now, I can’t prove this. It probably won’t hold up in court. But Jamaica has always been a praying nation. Jamaica has more churches per square feet that any other nation in the world. And it’s not just the churches; there are some prayers that come out of that nation by the old church-going men and women that can move mountains. I wasn’t surprised when hurricane Ivan suddenly and spectacularly changed directions and the direct hit to the island was not made.

Just listen to Jim Carey’s words on the Power of setting intentions, or read about the studies on water with Dr Masaro Emoto  and this idea doesn’t seem so far-fetched. To me, this is the power of our prayer, thoughts,  and our intentions!