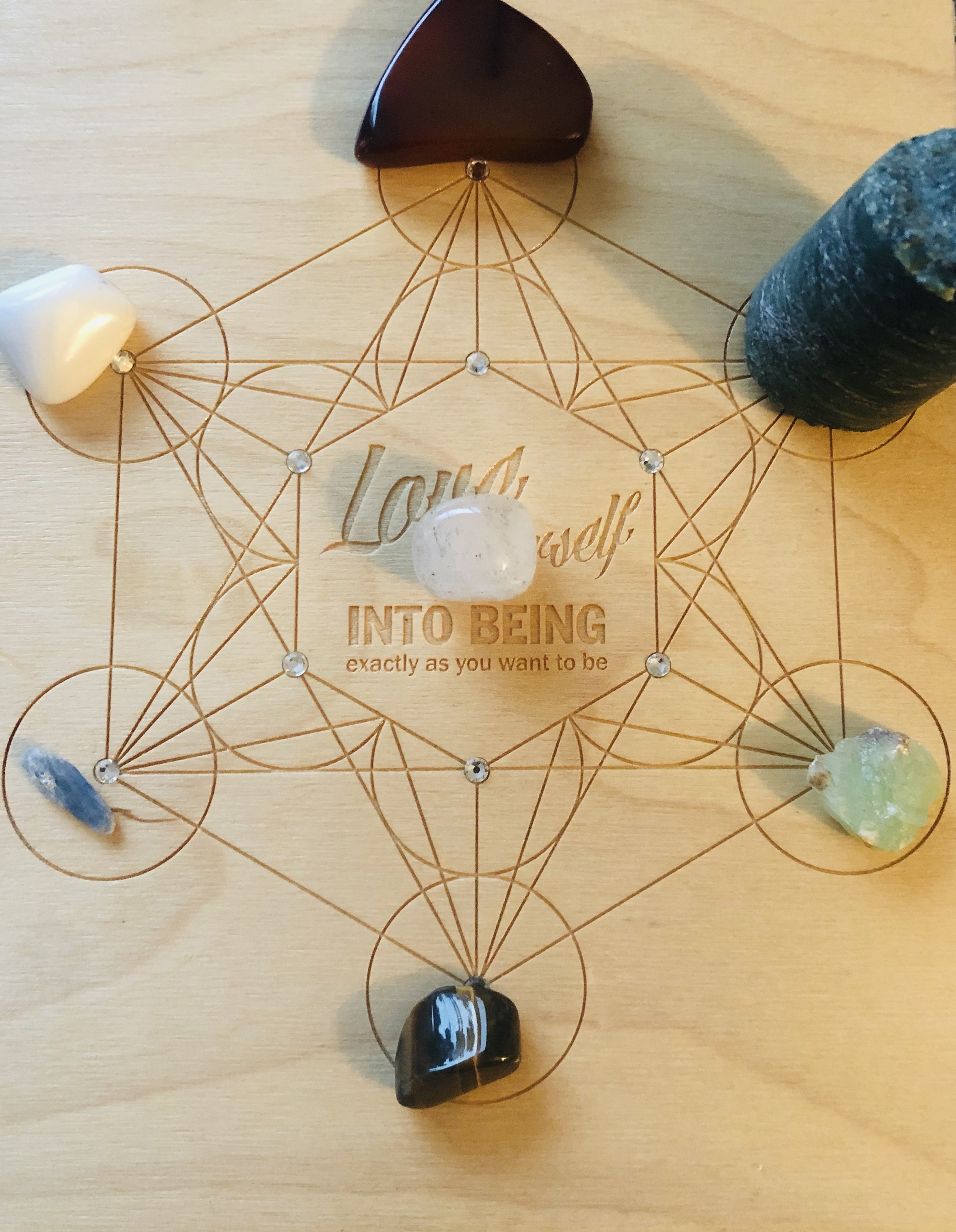 Merkaba a powerful manifesting opportunity and the Saturn/Jupiter conjunction….

On December 21st Saturn and Jupiter will meet each other in the sky for a conjunction at 0 degrees Aquarius.

The relationship between Saturn and Jupiter in our charts tell us about our approach and contribution to work and career. In a business chart, the two together outline the business’s approach and purpose. In mundane astrology (the astrology in the sky at the moment) it tells us about economics. Since Saturn is structure and restriction and Jupiter is expansion and optimism, the two work together for measured growth, balancing each other. Where Jupiter says “let’s do this amazing idea”, Saturn says “yes, but have you thought about this, this and that”?

Saturn and Jupiter’s relationship to each other is approximately a 20-year relationship and so every 20 years they come back to meet each other and they start a new cycle.

They also have a larger cycle. Saturn and Jupiter make a conjunction every 20 years in the same element for approximately a 200 year period. They then change elements. A complete cycle of all elements takes approx 800 years (200 years in earth, then air, then fire, and finally water). The conjunction of Saturn and Jupiter on December 21, 2020, is a convergence into a new element. Saturn and Jupiter have been in an earth cycle, conjuncting in Capricorn, Taurus, and Virgo for the last 200 yrs. They will now move into a 200-year cycle in air – Aquarius, Gemini and Libra. In 1980/81, it slipped into the first conjunction in air in the sign of Libra. It then went back to earth in Taurus in 2000 and now will be permanently in air for the next 200 years.

There is music and artistry in the cycles of the planets. As the planets orbit one another they create patterns… a sacred geometry. The cycles of Saturn and Jupiter form the sacred geometry of a triangle in the sky as they move within one element over a period of 60 years. Over a 400 year period as Saturn and Jupiter move from one element to the next, they move from a masculine element to a feminine element and two triangles balance each other out and formed the shape of a hexagram. The hexagram is a powerful pattern uniting matter and spirit – it is called the Merkabam (“Mer” means Light. “Ka” means Spirit. “Ba” means Body.). It is also called the star tetrahedron, Metatron’s cube, the Star of David, Seal of Soloman… many understood the power of the two triangles working together and so they show up across cultures with different names.

“ The tetrahedron or pyramid – the three-dimensional form of the two-dimensional triangle, which is basic to the Saturn-Jupiter cycle – corresponds to fire and stands for human aspiration towards higher consciousness. In occult circles the three points of the triangle are related to perception, knowledge and higher understanding, and seen as corresponding to our two physical eyes and the intuitive third eye above them.” Phoebe Wyss

In the last Saturn Jupiter cycle, the earth element came in to establish a material reality – business, money, banking, work, etc. On December 21st the cycle moves to air and will come in to establish an intellectual, balanced and humanitarian (through Gemini, Libra, and Aquarius) spirit reality.
So how can we work with this conjunction? It represents a portal (and I do not use that word lightly) for powerful consciousness-raising and manifestation for both the individual and for humanity.

Nicola Tesla said, “If you only knew the magnificence of the 3, 6 and 9, then you would have a key to the universe.” ~ Nikola Tesla. Tesla held a great deal of ceremony and invention using these numbers. He believed the pyramids of Giza located at the 30 parallel – one of the most famous triangles/tetrahedron in the world, were built to harness the power. He said, “If you want to find the secrets of the universe, think in terms of energy, frequency, and vibration.”
There are lots of cool documentaries on the workings of Tesla. They are fascinating and totally beyond my understanding. But they provide a compelling case for the power of the triangle. To understand the math and the power of the triangle and 3,6,9, here is a good video https://youtu.be/OXbVZc10lnk
The great conjunction happens on December (12th month = 3) on the 21st (2 + 1 = 3). The day and the month together = 6. The degree of the conjunction is 0 Degrees (Aquarius) bringing in the number of the universe (zero or 9), making this conjunction a powerful spirit activation.

Many are feeling the shift upon us and are worried about misuse of power – the loss of individuality, loss of autonomy, and loss of freedom are potential misuses of the power of Aquarius. So are revolutions. But the power of Aquarius is in love peace and compassion. Its power is in community, groups, and friendships. I would suggest getting together with others with common interests to help manifest the power of Merkabam. (If you are in lockdown, find a way – connect via zoom and have a backup plan for if there’s no internet).

How do you want to see the use of computers, artificial intelligence, innovations, electricity or electric waves (some are healthy and healing and others no so much)? What breakthroughs do you want to see? What do you want from the media? What do you want for humanity? Human rights? All of these areas are ruled by Aquarius. Dream big! Dream outside the box! Aquarius is also our hopes and dreams!…. Dream what you want in fine detail…. And then bring in a ceremony to help you harness its power.

Create a ceremony that encompasses Tesla’s ideas… energy frequency, and vibration – use tuning forks and singing bowls. Join a sound bath. Meditated with the use of the OM, play your instruments. Connect with others on the soul level and energetically and set your intentions – you do not even need to be in the same room… use the power of entrainment to raise consciousness and bring about all that we desire.