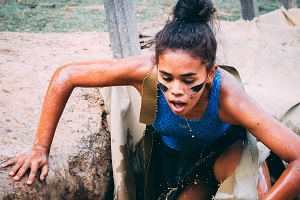 The New Moon on July 28th is at 5 degrees of Leo. Leo is about our creativity, our sense of fun, and our creative expression. It’s our sense of competition and our delight at the risk in play. Leo calls on our courage and conviction.

Normally I write the horoscope and then I head on over to Amanda Ellis on YouTube, who speaks occasionally about planets and always about the energy of the moons, but from a card reader perspective. Invariably we are always on the same page! She is my confirmation that I’m on the right track! I usually watch her video after I’ve written and posted my horoscope, but this time it was posted early and I couldn’t wait! Initially, her reading for this new moon was quite dire. But she then got to how we navigate the energy and it’s in how we navigate the energy that the Leo moon energy came to life (the rest was the backdrop). She imagined a dark tunnel and us crawling through it commando style to get to where we needed to go (the lions gate on Aug 8th). This is exactly what the Leo moon is calling us to do.

The new moon is conjunct Valkunus which brings in a volatile component. It’s like Indiana Jones; dark tunnels, bridges with alligators or fire licking up, pits with snakes or spiders… this all represents the explosive chaos that is around us. Instead of seeing it as a reason to stay put, we see an obstacle course ahead.  Something wants to erupt and we respond to it with our own explosion of courage, creativity, risk, and sense of competition! We summon the Leo new moon courage, we make it an adventure and we go for it! It feels scary (as we are dealing with the real world) but fun!

We are not alone. We have the rest of our group is trying to get there too. We egg each other on. We shout words of team spirit and encouragement that we/you can do it. This is symbolized by Ceres, which is conjunct the new moon, and which uses praise to make us feel nurtured, and cared for and to summons a deep belief in ourselves.

Our goal and destination has something to do with Isis, which is also conjunct the new moon. Isis is the Egyptian goddess whose husband Osiris was killed by his jealous brother twice by cutting him into pieces. The first time Isis reassembles him, but the second time she was unable to find a piece. Isis is associated with putting the pieces together or finding the missing link. In Egyptian times, her tears were a symbol for the flooding of the Nile, so she is also associated with agriculture and the star Sirius, which at its helical rising signalled like clockwork, the rise of the flood waters in Egypt. Interestingly, as a historical fact, the Nile does not flood anymore. Due to British colonization, damns were built to stop the flooding in the early 1900s. The final version was built in Aswan, ending the flood in Lake Nasser in 1970. It displaced the Nubian inhabitants that lived there, required the relocation of many ancient Egyptian temples including Isis’s temple, and ended the natural seasons. Isis is calling on us to find the missing pieces, reconnect, recreate, re-incorporate natural seasons, and connect with our guiding stars. This is reinforced by the fact that the Sun and Moon are also conjunct the asteroid Varuna. Varuna is the Indian god who brings in rules associated with the creation of the earth and the limits and order around it, including the horizon, the seasons and the cycles of the planets.

Our mission… this obstacle course we are running requires us to reconnect with natural cycles and obey the rules of the universe! As above, so below

We have lots of optimistic help at this new moon. The new moon is trine to Jupiter in Aries, expanding the desire for new starts and unexplored territory, and jumpstarting our assertiveness.  It’s also sextile Pallas, which allows us to build a new strategy for the future.

The Sabian symbol for the new moon is An old-fashioned woman and an up-to-date girl and reflects changing values and norms. Many times what is old fashion is seen as built to last. While up-to-date may be fashionable and trendy, it breaks down or doesn’t last long. As we move forward, is there a way that we can incorporate the best of the old-fashioned and the up-to-date? As we find our way, reassemble, and reconnect, we are called on to reflect on the values and norms we want to mainstay and what is no longer useful and needs to go.