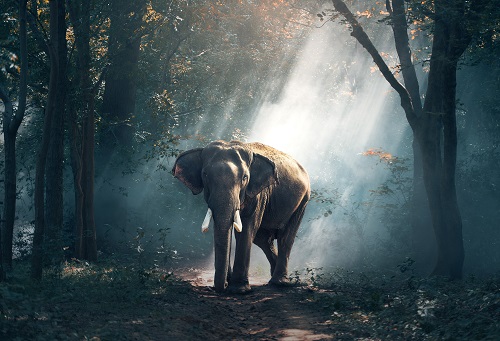 The full moon on June 24th happens at 3 degrees of Capricorn. It’s in its detriment, meaning it’s in a sign that it does not feel comfortable in. The emotional nature of the moon likes security, comfort, and tribal connection. But because the ruler of the moon is Saturn, a sign that is cold and structured, emotional security feels more like an orphanage equip with strict nuns, than mom welcoming you home with your favourite pie. That doesn’t mean that it does not bring gifts…

The phase cycle of this moon began on Christmas day in 2019. What began at that new moon is coming to a culmination at this full moon. Those were the last days before the pandemic hit. Recently I was reflecting on this day for another reason. Far from my family, I had gotten together with a bunch of friends, also isolated from their families. We ate, drank, and played games in our PJ’s all day. In the back of our minds, we felt a little sorry for ourselves, but we also had fun! One of the games we played was called Pandemic (not a joke). Pandemic is a cooperative game, meaning all participants have to work together to win the game. “ In Pandemic, several virulent diseases have broken out simultaneously all over the world! The players are disease-fighting specialists whose mission is to treat disease hotspots while researching cures for each of four plagues before they get out of hand.”

At the crux of the game pandemic, was the need for communication and collaboration. While people were assigned roles as outlined in the game, they also brought their own personality, emotional intelligence, and personal growth to it. In this Christmas day group, everyone realized that if we didn’t work together we were doomed. And so we did. And we won! No one person had all the knowledge and skill. No one person even had all the information. No one person could make all the decisions.

Similarly, the Sabian symbol for this full moon is “a party entering a large canoe”. It symbolizes a cohesive group working together to achieve a goal. Rudhar says of this symbol “the zodiacal sign Capricorn brings the common will to focus in concrete actions. It does so in terms of socio-political expediency and under a definite type of executive direction, even though the decisions are arrived at by common consent.”

At this full moon, we are in the same situation. And as is sometimes true in life – the truth is stranger than fiction; We are in an actual pandemic and to “win at it” we are being asked to play by the same rules – communication, the reliance on knowledge and skill, use of all the information and general consent.

This move is not always comfortable. The wayward elephants in China serve as a great metaphor. These elephants have strayed over 300 miles from their home. The change has resulted in millions in lost crops and danger as they crossed through majorly populated downtown areas. They’ve ignored police sirens and trucks of food designed to lure them from their path. Scientists have theorized that they are following a wayward leader who has led them astray! Others have theorized that they are working together guided by changes in the environment, food supply, and drought.

The problem right now is Saturn the ruler of the moon is in a square to Uranus. Saturn wants the status quo, Uranus wants to change. In addition Saturn, the planet that likes the status quo is in a sign of change, and Uranus the planet that likes change is in a sign that likes security. The tension is within, and it manifests outwardly with each other! What’s more is these two are fixed signs, and both have fixed approaches to the problem. If they operate out of fear, they will follow a wayward leader and get lost.  If they dig deep, they will all emerge as leaders, working together guided by instinct and guts.

But there is good news! The full moon makes an easy aspect to Jupiter, which has recently gone retrograde in Pisces. This allows us, if we take advantage of it, to move mountains. Jupiter helps us to reflect on the spiritual meaning. It brings in compassion and intuition. The Sabian symbol for Jupiter is “a petrified forest”. This symbol brings in a reminder of the indestructibility of past wisdom. Even when things are destroyed, there are petrified fragments left behind that remind us of the wisdom of the forest. Trees bring grounding. They bring food, medicine, and oxygen. They bring warmth when needed. And they lead us back to the energy of the moon – at the center of the forest is the mother, as DR. Suzanne, Simard, Professor of Forest Ecology at the University of British Columbia, says in her recent book Finding the Mother Tree.

The truth, if we allow ourselves to find it, is that we are all connected and we need each other to survive. Inside of each of us is ancient wisdom. Inside of all of us is deep inner resources. Grounding ourselves like trees allows us to feel grounded enough to reach out and work together with others. At this Full Moon, that is what comes to culmination!