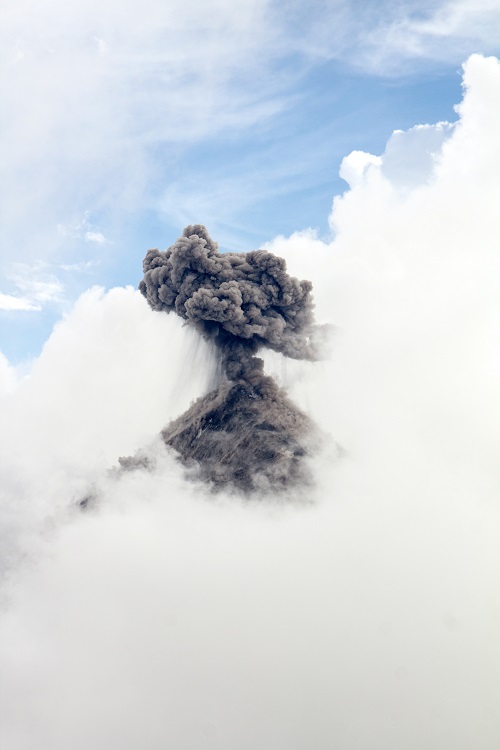 The Full Moon in watery Cancer is opposite earthy and structural Pluto in Capricorn making this a very emotional and explosive Full Moon. Things come to a culmination. Already we have had a pacific underwater volcano eruption (how literal is that!). It’s something we have apparently not seen in over 900 years! Said to be bigger than a nuclear test explosion, the sonic boom was heard far and wide and the rippling energetic moved around the entire world. Tsunami’s hit the Pacific coastal areas and we are yet in the early days of what this all will mean.

Mother earth released her emotions and so must we!

The Sabian symbol for the moon degree is an Indian girl introduces college boy-friend to her tribe. Does this go well? They may have lots of feelings. The girl, adopting a newer more modern way of choosing comes up against family. Do they still hold the traditional feeling and thinking of “no, we choose for you”? The Indian girl takes a risk to share her heart hoping to find acceptance, knowing there maybe fallout.

Like the Indian girl, we too share our emotions. The emotion erupts in ways that will surprise us. We may receive acceptance, bringing on a deep sense of relief and surprise in a positive direction. Or we may experience more resistance than we could have ever imagined, calling on us to dig deep within and continue on with our heart’s resolve. The Moon is sextile the North Node in Taurus, letting us know that if we follow our heart, we will arrive at our deepest values and ultimately a deep sense of inner security. The moon is also widely trine Neptune. We’ve had intuitive whisperings from spirit that we can rely on.

The asteroid Burney is beside the moon, Burney was named after the child who named the planet Pluto. She had suggested the name to her grandfather when Pluto was discovered in 1930, that same year the Disney Character Pluto had been created, and she liked the name. They sent it in, and it was accepted. The asteroid Burney symbolizes “very personal approaches, that later has validity at the collective level” At this Full Moon, Burney is again sitting across and looking at Pluto encouraging us to include in our approach the ability to stand back, witness, and name… in this case our emotions. It’s sometimes said that the masculine has two emotions; anger and sex. Naming, witnessing, and allowing the breath of emotions at the personal level. It helps us to understand the source and to fully process and allow our emotions to move through us. When we do this at the personal level, it will help this to happen at the collective level.

Also at the full moon, within 2 degrees of Pluto is Amycus. Amycus represents “the proper way to treat people; the consequences of not doing so; innocent victims of violence or getting caught up in violence” If we deal with our emotions in a healthy way, even though they may be deep, dark, and scary, that approach will ripple out into our world, much like the sonic boom waves that covered the earth this past Saturday, we can ripple out love or we can ripple out terror. Amycus reminds us not to lash out or project onto others our own negative stuff through words, actions, or intentions as there will be repercussions.

Use this full moon to create a ceremony using the element of water. Have a good cry in the shower, letting the water wash away your emotions. Or bath in water and Epson salts, pulling out all the impurities and letting them wash down the drain. Or send your intentions to water, changing the crystalline structure.